Olga Zhukova was born in St.Petersburg, Russia in 1991.
Olga began her musical studies at the age of 5 with pianist M.Buts at the A. Petrov Music School in St.Petersburg in 1996. In 2006 she entered the St. Petersburg Modest Mussorgsky music college where she began organ studies with A. Kalinkina. In 2010 Olga enrolled in the famous Rimsky-Korsakov Concervatory where she studied organ wirt Prof. Daniel Zaretsky and harpsichord with Prof. Ivan Rozanoff.
In 2013, Olga began her international studies. She enrolled at the Haute Ecole de Musique de Lausanne in Switzerland to study organ with Prof. M. Croci. She earned two degrees with distinction concurrently: a Master's Degree from the Haute Ecole de Musique as well as a diploma from the Rimsky-Korsakov Conservatory. 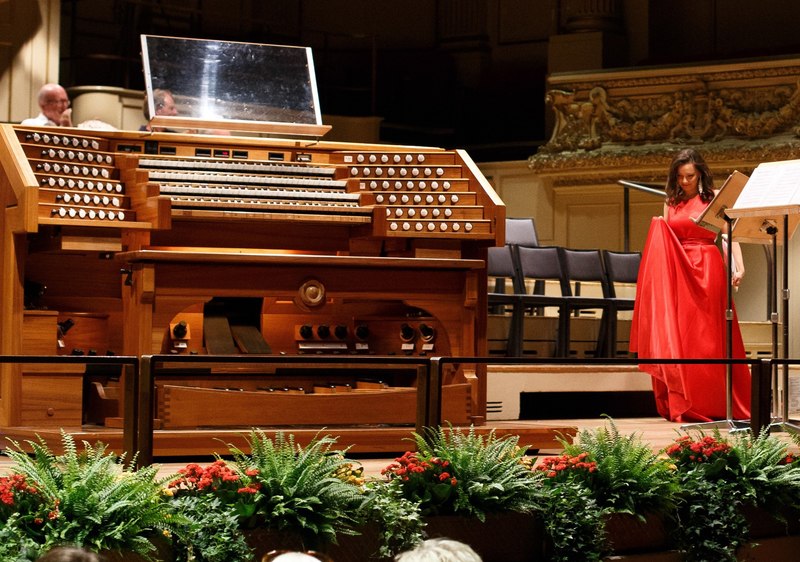 Olga has won numerous prizes for organ performance in her starting career. She won the First Prize in the 2013 Wuppertal International Organ Competition in Germany hosted by the Hochschule für Musik und Tanz Köln (Cologne) where she also received a record contract with WDR-3 Radio. Also in 2010, Olga won the XI International Competition-Festival of Organ Music "Gatchina - St.Petersburg" in Russia. In 2011, she was awarded second prize of the second "Organo Duo" International organ competition in Kondopoga, Russia. She was awarded a scholarship in 2013 by the Foundation Academie d'orgue de Fribourg in Switzerland. 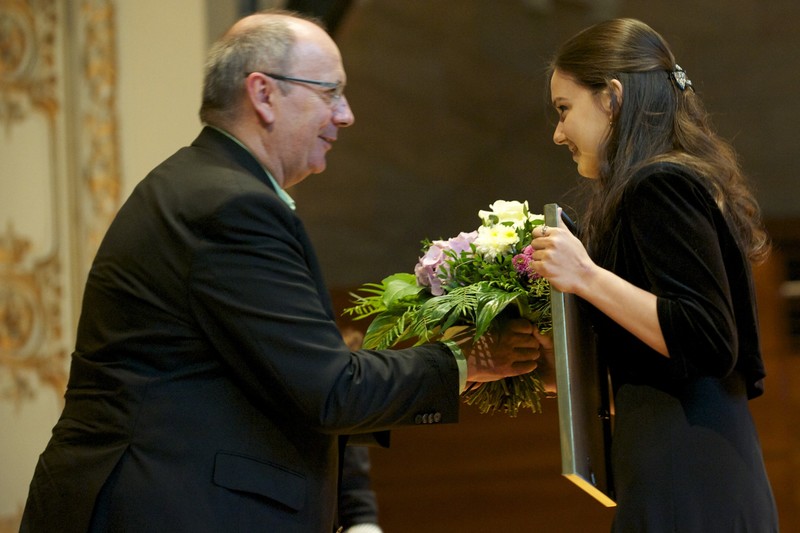 Olga has studied with many legendary figures of the organ as she has participated in the Masterclasses of Professors: M. Radulescu, Winfried Bönig, Günther Rost, Guy Bovet, M. Zander, A. Gast, U. Smidt, Hans Fagius, S Cherepanov, P. van Dijk, and W. Zerer.
Also she regularly gives concerts in Russia and Europe. She has performed at many world-reknowned venues: the Wuppertal Stadthalle in Germany; the famous Mooser organ of the St Nicholas Cathedral in Fribourg, Switzerland; Sant'Antonio dei Portoghesi and the Basilica dei Santi Apostoli in Rome, Italy; the Münster of Schaffhausen Switzerland; St. Alessandro and Chiesa Rossa in Milan Italy; the Cathedral of Kaliningrad, Russia; and most recently, one of the farewell recitalists to the Kleuker-Steinmeyer organ of the Tonhalle in Zürich, Switzerland.
She has been twice invited to performe at the Fribourg Intenational Organ Festival (2014, 2016). Participated in the two concerts dedicatrd to the swiss composer Aloÿs Fornerod with a broadcast on the Swiss radio Espace – 2 and the recording of a CD “Aloÿs Fornerod, un portrait”.